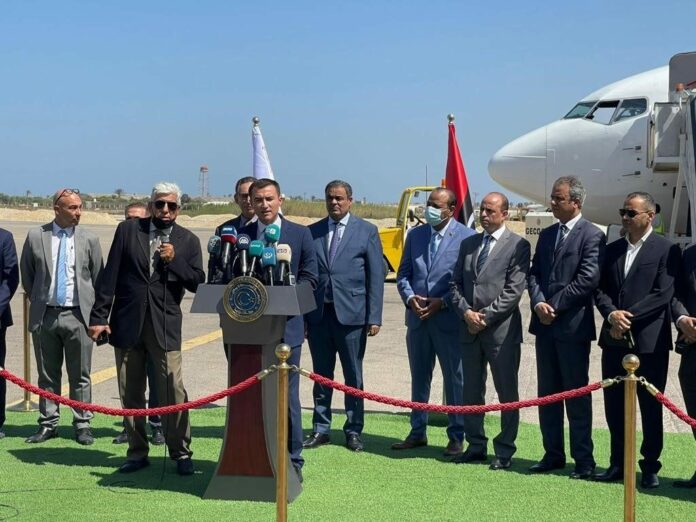 LA VALLETTA (MALTA) (ITALPRESS/MNA) – Malta became the first EU state to operate a commercial flight to Libya. The flight operated by MelAir is a result of a bilateral agreement signed between the two countries when Libyan Prime Minister Abdul Hamid Dbeibah visited Malta earlier this month.
Commercial flights between Malta and Libya were stopped following the unrest which erupted in the North African country in 2014.
Maltese economy minister Silvio Schembri who was on board the flight said both Malta and Libya are committed to collaborate with each other to each other’s benefit. He referred to the “enormous” potential in Libya, and said it deserves to be led by the Libyan people.
Libyan transport minister Mohammed Salem Al Shahoubi remarked that Libya intends on resuming a weekly flight between Malta and Libya. “We hope for a successful future for this vital airline, which will contribute to the economic growth and service of the Libyan people”, he said.
Minister Schembri met his Libyan counterpart, Mohammed Haweg, to discuss potential sectors where the two countries can collaborate.
(ITALPRESS).

Lista Azzurra elected for the Committee of Italians in Malta

Record participation in Malta for the biggest iGaming fair